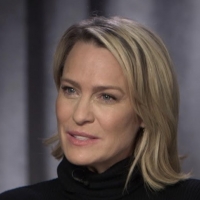 “Admiral, the lift is this way.”

“It’s alright Commodore. I think I’m going to walk instead.” The Commodore shrugged and headed for the lift without her. He certainly wasn't going to go for a walk after gorging out on Vandorin's best for the last three hours.

A walk sounded exactly like what Admiral Reyes needed right now though. She’d been in non-stop meetings for the past three days, and, with the hallways chock full of staff and the holodecks backlogged with reservations, she’d foregone her morning exercise routine. A walk might also give her a bit of time to sober up. She’d had one too many glasses of that Château d'Yquem.

As Admiral Reyes wound her way through the topside corridors, she got this feeling that she was being followed. She told herself to relax. It was probably just the alcohol. The conspiracy was over. The traitors had been outed. The Fourth Fleet was embarking into a new era of exploration. This was a happy time. She stopped in front of a wide viewport to marvel at the grand view of Mellstoxx III below.

“They built the first station in this system as a bastion against Klingon hostility and Romulan deception,” a voice said, cutting through the silence of the otherwise empty corridor. “It’s ironic you all chose this place to launch Starfleet’s new ‘mission of exploration’.” The tone was somewhere between doubt and distaste.

Admiral Reyes didn’t need to turn. She knew the voice. “Why is it that everywhere you go, you see shadows?” she asked, continuing to gaze at the planet below.

“Because every collimated beam occluded by an opaque object creates an umbra.”

The Admiral kinked a smile at the smart ass response. “I’m glad you decided to attend,” she said, turning to face the new arrival. “How have you enjoyed the event so far, Commander Lewis?”

“I think you’re all ignorant to think we can somehow just get back out there like it’s the 2360s all over again,” replied the skeptical man dressed in civvies who’d been a guest at sessions the last three days. “And it’s mister Lewis, by the way. I may have helped you with your little mess recently, but I’m still on the outside.”

“You want to change that?”

“In the decade since I turned in my pips, I learned I can serve the Federation better without the Starfleet shackles,” Lewis replied. “So no, not really.”

“Because you asked, Allison.” It was a simple statement, but one uttered with deep sincerity and a sort of vulnerability opposite every other aspect of his rugged demeanor. The former officer, for all his faults, was loyal to his core, both to the Federation and to the people with whom he’d served. But, as was often the case for guarded individuals, this softness showed but for an instant. “And I figured we might as well get this conversation over with,” he added sarcastically, “or you’d come bother me at my place of work. We both know that’s not a place our holier than thou savior from all things corrupt wants to be seen.”

“Quite to the contrary Commander,” Reyes replied to deaf ears. “We need officers like you.”

Lewis crossed his arms. That pitch did nothing for him. He’d seen the picture in Docking Precinct A of Commodore Beckett, the one that looked like the Chief of Staff was personally trying to recruit him. He’d heard the rallying call of Fleet Admiral Ramar, the cliche describing them as the best and brightest about to embark on a foolhardy mission to seek out new life and new civilizations. And he’d listened to the Admiralty as they sold their optimistic vision of the future to the bright, bushy-eyed Commanders and Captains assembled on Starbase Bravo. It was quite a show, but it left a lot out.

“No bullshit soldier,” Reyes continued, taking a more direct approach. “Why do you think I took this new job the way I took it? Why would the Fleet’s judge advocate serve from a frontline explorer? Because I want us to get back to creating our future, but I am not naive enough to think all our problems are past us.”

“And let me guess... you want me to renew my commission and join you on your little adventure?”

The former Commander shook his head. “In what universe does me serving on any ship, let alone the flagship of the Command Judge Advocate, make any sense unless I’m in the brig? They covered my hearings on every news network.”

“You were acquitted...” the Admiral began before he cut her off.

“Due to a lack of evidence proving my guilt beyond a reasonable doubt,” Lewis interrupted, continuing to tear into the idea. “In the court of public opinion, I killed those Romulans.” Only a handful, outside of the two in the otherwise empty corridor, knew the truth. “And let’s not kid ourselves. The optics of your new Osiris Initiative are important. Bob’s been schmoozing with the media at Vandorin’s late into the night every night, and these quadrant briefings have been more about getting the troops fired up than providing real intelligence. In that context, I’m the last thing you need.”

“Really Commander?!” Reyes snorted bluntly. “You really think you’re so important that as you’ve walked these halls, everyone’s looked at you and recognized the butcher of Algorab?”

“A long time has passed,” the Admiral continued, stepping closer towards Lewis. “Ten years in fact. A lot of these kids were still repairing EPS manifolds below deck during your hearings, and the rest have long forgotten your little footnote in history.”

“In reality, this is about you and your guilt that you lost at your own game, that you had to resign, and that you weren’t there when you believe we needed you.” His face was unmoved, but she knew she was making progress. “But we made it, and your sharp eyes and calculating analysis helped get us here.” Her tone softened and a warm smile crossed her face. “Now I’m just asking for you to sign back on officially.”

“In what capacity am I qualified?”

“You were the former CO of a JAG ship.”

“You’ve not gone so senile as to ask me to babysit a whole ship, I certainly hope? Especially one you’re calling a frontline explorer.”

The former Commander couldn’t lie to himself. Something had gotten him to make the trip to Starbase Bravo. He could have ignored the invite, but he didn’t. Somewhere deep down, he longed to serve again in an official capacity. Ryssehl could manage their private operation just fine without him - and who knew, having an outside contractor at his disposal might even turn out useful down the road. “I have some affairs to get in order, but send me the details and I’ll see you in a few weeks.”

The intelligence officer spun on his heels and departed swiftly without another word, leaving Admiral Reyes standing alone at the viewport with the vastness of space before her. She'd gotten her answer. It was a gamble, but so was this entire thing.