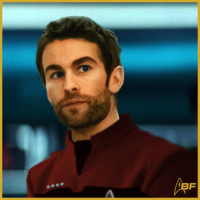 The Arcturus is an Odyssey-class starship imminently prepared to depart once more to the Delta Quadrant. As she is still too far away to participate directly in the Archanis Campaign, one of her Hazard Teams has been redirected to take on scouting duties for the contingent being sent from the Fourth Fleet, aboard a New Atlantic-class runabout, the USS Mare Imbrium.

They are also accompanied by: